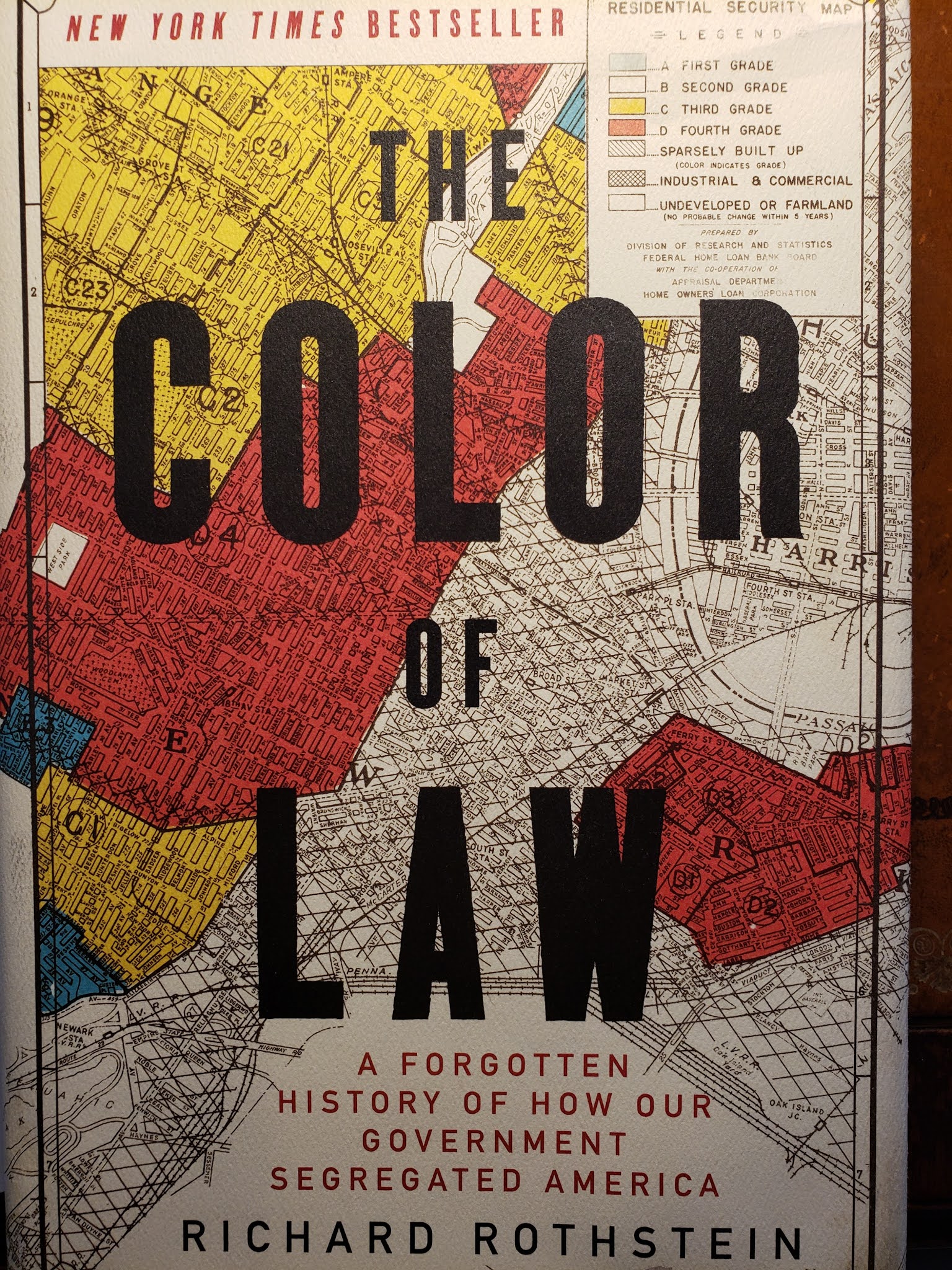 This eye-opening and thorough history of modern America cities, Richard Rothstein lays out precisely how segregation in America was the direct result of laws and policy decisions of local, state and federal governments. As he states in the Preface, “ When, from 2014 to 2016, riots broke out in places like Ferguson, Baltimore, Milwaukee, or Charlotte”…”we thought we knew how these segregated neighborhoods, with their crime, violence, anger and poverty came to be.” We thought it was the result of de facto segregation, the result of private practices by individuals, things like “white flight”, “redlining” and the fact that black families prefer to live with one another. While some of that may be true and definitely contributes to the problem, Richardson argues, and I think compellingly proves, is that segregation was not mainly de facto, but de jure, a result of systematic racially explicit laws and public policies. The book traces the means by which this racial segregation started in the 1920s with the great migration of African Americans from the South to the North, continued on through the flawed urban planning of the 1950s with the creation of white suburbs by federal subsidies given to builders on the condition that they do not sell to African – Americans and, where violent resistance to black families in these white neighborhoods was actively supported by the police. Sadly, even the passing of the Fair Housing Act in 1968 could not undo the harm that had already been done and which has led to the persistent racial unrest we see today. Rothstein argues that “residential racial segregation by state action is a violation of our Constitution and its Bill of Rights.” We need to learn and understand American urban history if we have any hope of remedying it in the future.